In Clash Royale, Star Points are used to unlock different cosmetic changes for your max level cards and they can be spent to upgrade cards of the level 13 and give them Star Levels as well.

Let you guys know that the cards with star levels must have the Golden particle effects and golden clothing as well. Armor, weapons and many other elements were also added to the different sprites in Wars. They also glow the prestigious gold while being destroyed by the opponents and star levels do not have any kind of effect on interactions because they are just purely cosmetics.

The Star levels were added in Dec 2018 update as well.

How to OBTAIN Star Levels:

Players can easily obtain star points once they reached at the 13th level of KING. Once you’ve reached at the 13th level, your star points will replace your experience when you donate or upgrade your cards. By collecting maximum level cards through any resources including Quests, Chests and Trading will definitely helps you in getting Star Points and as well as Gold (1 for every Common, 10 for each Rare and 100 for every Epic , 1000 for each Legendary).

Let you guys know that when maximum level cards are brought form the shop, they must be transformed directly into the Star Points. However, the Cards that you have collected are well enough to do the upgrade to the Max Level but without having any kind of upgrade to Max Level will not give any Star Points.

In Clash Royale, you will also unblock your multiple levels by increasing your King Level as well and the Max Level in Clash Royale is the 13th Level. When you will reaches to the 12th Level, which is a Legendary Clan Wars League standard, then you’ll also reaches the maximum level 13th.

Let you guys know that the Max level is 13th and you will reach at this level when you will have approximately 203,977+X Star points.

Fastest Way to Level UP Cards in Clash Royale:

So just make sure to open those chests every day to get free gems. 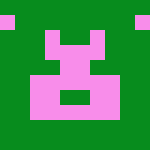