This Clash Royale April update is huge for CR fans. There are so many new things being introduced in this update. New awards are also introduced to the users and there are many new things such as cheats, gems & cards… All of them will be available while surfing through the different layers of the game.

A brand new and the best way has been introduced in Clash Royale 1v1 Ladder and by following this way you can win more in battle.

In Clash Royale, the first and easy thing to do is to collect reward as you earn Trophies and succeed through the Arenas! Moreover, you can also try out our Clash Royale Mod Apk to win these exicting rewards.

Let you know that the higher you get the trophies, the better you get the rewards. Here you can easily earn Gems, Chests, Gold, Trade Tokens and Emote on the Trophy Road.

In Clash Royale, the first thing you need to do is to set your goals like what would you like to achieve in the game. See your Trophy progress and then what you need to do to get that next reward.

You can activate the Chest Speed Up Boosts for 24 hours when reaching a new Arena. After reaching that point, you only need is to unlock those new Arena Chests Faster!

After reaching at a new Arena, it will activate a Trophy Gate. This means you can’t drop below the Trophies required for that Arena. Once you hit 4000 Trophies, you will not drop below the Legendary Arena’s Trophy Gate of 4000. On the other side, you can drop through the League rankings.

It lands in 6600 Trophies with ultimate Champion League now starting at 7000 and more trophies.  Here at the end of the League season, you will also reset your Trophy Road progress and this means that each season, you will be able to earn new rewards throughout.

New Card has been added in the game that is Earthquake – a 3 Cost, Rare Spell.

It deals damage per second and does full damage to Crown Towers. It also done 400% damage to all other buildings and it also slows ground Troops. The last thing is that it does not affect flying units as it’s not an Airquake.

Some of the new game modes will be added soon in the game.

The first mode will be Mega Deck and you will create this from 18 cards.

The second one will be Dragon Hunt. In this mode, Players hunt an Elixir Egg and the first to destroy it spawns a Dragon for their side.

The last and the third one will be Elixir Capture and you can use Elixir from the Arena to defeat your opponent.

In Clash Royale, the first thing you need to do is to set your goals like what would you like to achieve in the game. See your Trophy progress and then what you need to do to get that next reward.

The New Event Tab is very useful and in this you will easily find out the Global Tournaments, Challenges, Grand Challenges & Classic Challenges and Limited Game modes. 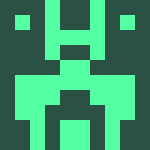